skip to main | skip to sidebar

Defending Against The Evil Bunny Attack

I love playtime! My sisfur and I mostly play tag together, unless sisfur does the Evil Bunny Attack! Creepy, isn't it? 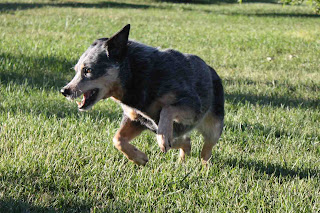 When you see one of these coming, you should run and hide. 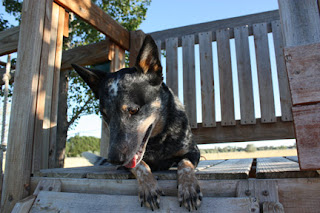 Hide up high because Evil Bunnies jump but they don't climb, partly because they have had a femoral head osteotomy, which is another story. Once you're in a safe, high place, wait until the Evil Bunny comes close and... 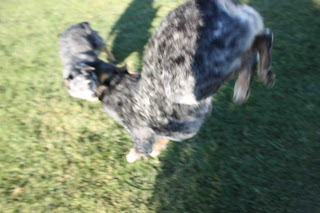 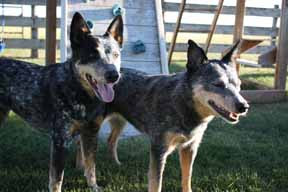 Don't worry, she'll still love you, because that's what brofurs are for.
Posted by Big Sky Monte at 8:46 AM 2 comments: 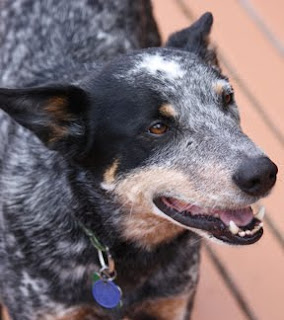 It's like a sunflower always turning toward the sun. Sure, I'll snuggle momma on The Bed. I will encourage the small peoples to actually put some clothes on. I will eat, I will patrol the ranch, and I will even put the bitey on my sisfur (in a nice way). But no matter what, one ear is pointed at Dr.Rob...through walls, trees, chicken coops, and cars, it will sense the moment that those wonderful words are spoken: "Let's go!"


That's because I know what Let's go really means. It means I love you, I would miss you if you stayed home, work is more fun with you, and no one would know what to do if you weren't there to comment. I'm needed, I'm loved. *wags* Doggy heaven. 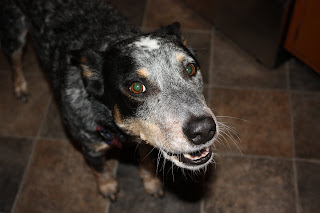 Although I don't like to talk about it, I am not the only four-legged employee at Big Sky Pet Center. There is a nasty orange cat who lives here, too. His name is Sky. He lives at work all the time, and at night he stays in the cat condos with our kitty guests. He can't have free run of the clinic at night because he would set off the alarms. He's been known to escape and do that anyway, because that's what kind of cat he is.
The nasty orange cat thinks he is pretty cute. He jumps up on the desk to greet the peoples who come to work, and he acts nice and friendly. I know better. First, let me point out the nice leather chairs in the lobby. Okay...they used to be nice. Now they are scratching posts, because the two floor-to-ceiling scratching post/condos weren't enough for him.
Then there's the smell. Oh, yeah, the peoples bleached it all away, but I know he peed outside of the litter box. That's right...he marked MY territory. Mine. Where I work. Did I mention it is mine?
Worst of all, he taunts me. He says nasty kitty things like "Hssssss" and "Grrrr" to me. So I say things like "I'm gonna eat you" to him. The conversations don't seem to progress very well after that.
I am a dog who loves everyone...except the nasty orange cat. I love all the four, two, and even a few three-legged critters that come to the hospital, but the nasty orange cat is the exception. The problem is, Dr. Rob loves cats, and so do the nurses...and the NOC has them all fooled.
Because I am a Bigger Dog than him, I continue to diligently and cheerfully perform my tasks. And that "Cat For Sale" sign in the entryway? I had nothing to do with it.
Posted by Big Sky Monte at 8:47 AM 5 comments:

The Best Christmas Present This Year

Last year, December of 2008, was tough. You see, Daddy had been called out to the site of a puppy mill by the sherriff to evaluate some doggies. Daddy was so sad that he wouldn't talk about what he saw, not to anyone. I found out some of what he saw later in news reports like this one, Court Documents Detail Extreme Conditions Found by Authorities (on the lower part of the web page). The nice sherriffs wanted to try to find new homes for all these doggies, but the lady who owned them wanted to keep them, so this was just the beginning of a long lee-gull battle. I don't understand what lee-gull is, but I know it makes peoples frowny.

Almost all the doggies, hundreds of them, lived outside all the time. Right after Daddy saw them our Montana weather took a turn for the worse. It was below zero a lot. Momma and Daddy did a lot of praying. Finally the sherrifs were allowed to get most of the doggies. They were so skinny and scared. Some fought over food and could be mean to peoples and each other. Many had sores and did not like to be touched. Every single one was stinky, a bad, sad kind of smell that wouldn't even go away after a bath.

Because there was still lee-gull stuff to do, the doggies could not go home with nice families. So the nice families came to them! The doggies were grouped in clean stalls and fed every day. Daddy made sure they all got shots...I'm not sure they appreciated that! People came to talk to them, or even read to them. Peoples showed them what a leash was, and spent time teaching them that it was nice to be touched. A trainer came to work with all the peoples, and some doggies even started special training, like agility.

These peoples came every day, often twice a day, to spend time with "their" dogs. But because of the lee-gull stuff there was no guarantee the peoples would be able to keep them. They just came and gave their hearts because they love doggies.

Some doggies had troubles, though. Some were so sick or hurt they lived at Daddy's clinic or at "New Beginnings," a building that had once been a vet clinic and had kennels in it. Almost all the lady dogs were pregnant. There were breeding problems and some puppies were born sick. Worse was the Parvo. That's always a really bad thing. But this was a terrible Parvo, probably the first time this kind showed up in Montana, and the mommas and puppies were only starting to get strong and healthy. Many puppies were lost. It was so sad for the momma dogs, and for Daddy and nurses and the nice peoples who tried so hard to help them.

It was a long winter, a long spring, and a long summer...but then the doggies started going home with their families! I met some of the lee-gull peoples, and it turns out a lot of them love doggies, too. They reminded me of blue heelers...tenacious.

Here's what I really wanted you to know...that there is a lot of love for doggies around here, and lots of prayers were answered. The other day the newspaper printed this article, one that made momma & Daddy's eyes leaky in a really good way: 1 Year Later, Kapsa Dogs Doing Well

Last Christmas, I thought about those doggies during cold days as I curled up by the wood burning stove, and it made me feel sad. This Christmas, just thinking of them makes me smile.
Posted by Big Sky Monte at 12:46 PM 5 comments: